mister harley turns 2 today!! I didn’t really realize just how big he’s getting until i took a pic of him sitting in the bathroom sink a few weeks ago, i still see him as my little baby!
here, this is what i mean! 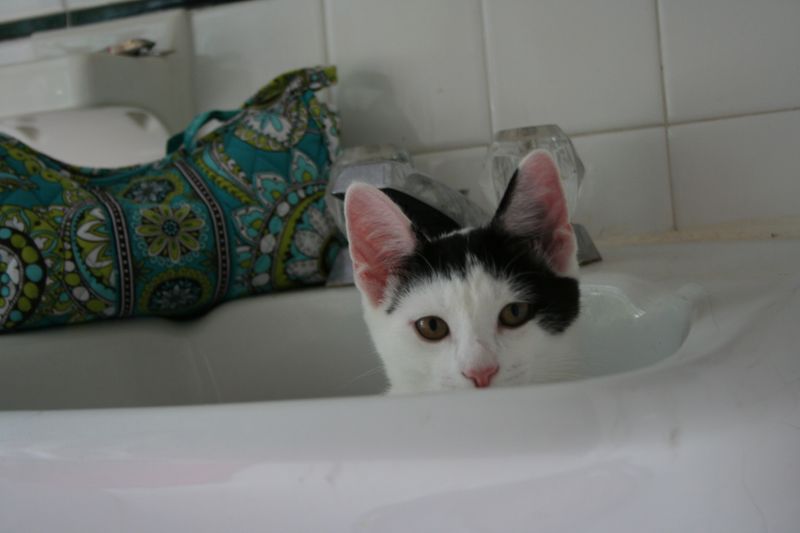 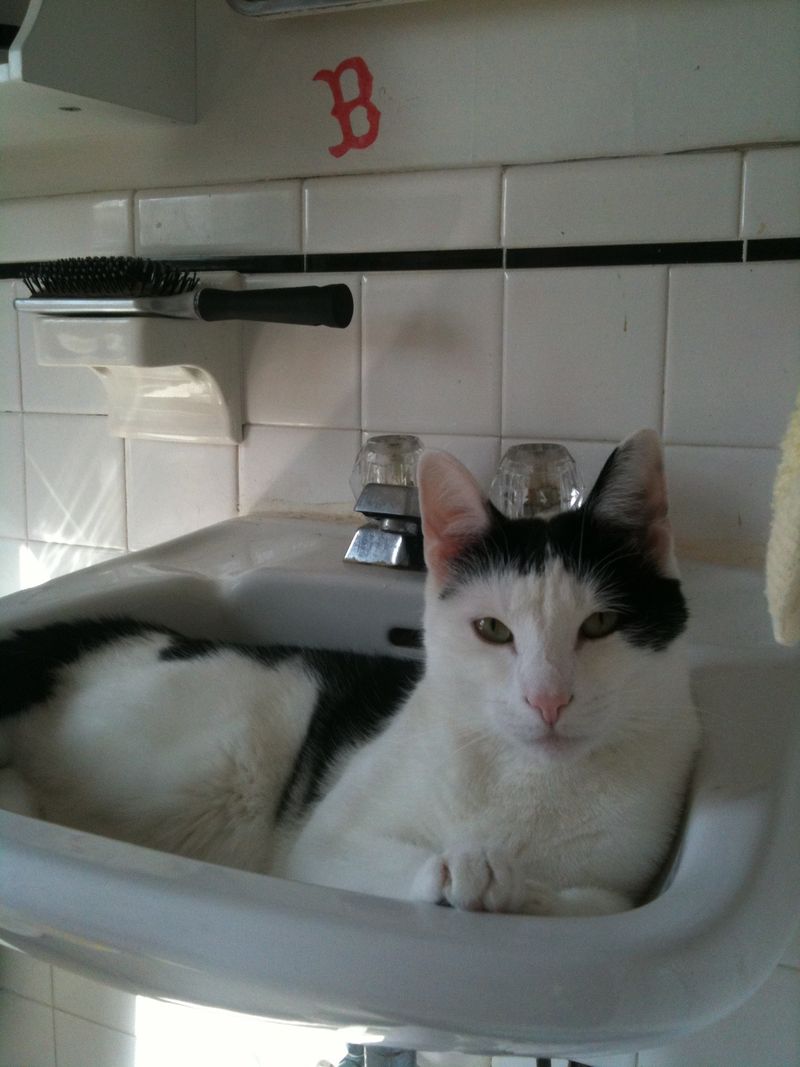 so… i guess he has gotten big 🙂

* runs to the TV as soon as i shut it off (can’t figure out if he likes the static OR his reflection)
* loves sitting on top of the door
* still does morning cuddles with me, but i need to pull the covers down before he will come and hang out with me.. he hates blankets
* messy eater, messy litter (but i still love him 😉 )
* follows me everywhere!! the island isn’t that big…. but when i’m home hes with me always
* loves his face scratched…. hates his belly touched
* hangs out with me in the bathroom as i get ready in the morning: stands between the shower curtain while i’m showering, sometimes peeking in until he gets really wet, licks my leg and shower curtain as i dry off
* LOVES water, but never drinks from his super cute water bowl i made him
* we have 2 feather toys going right now… one is just fuzz left, the other is just the sparkly parts… as he has plucked all the feathers off….. he is still bringing at least one into bed with me every night so i will play with him 😉

mister harley is such a fun kitty 🙂 wishing him a *wicked* happy birthday…. i think after zumba tonight i’ll pick him up a feather toy!

(just a few more baby photos of mister harley below 🙂 ) 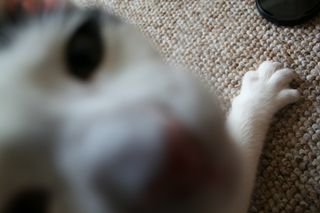 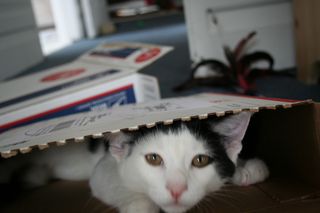 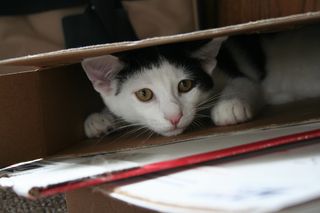 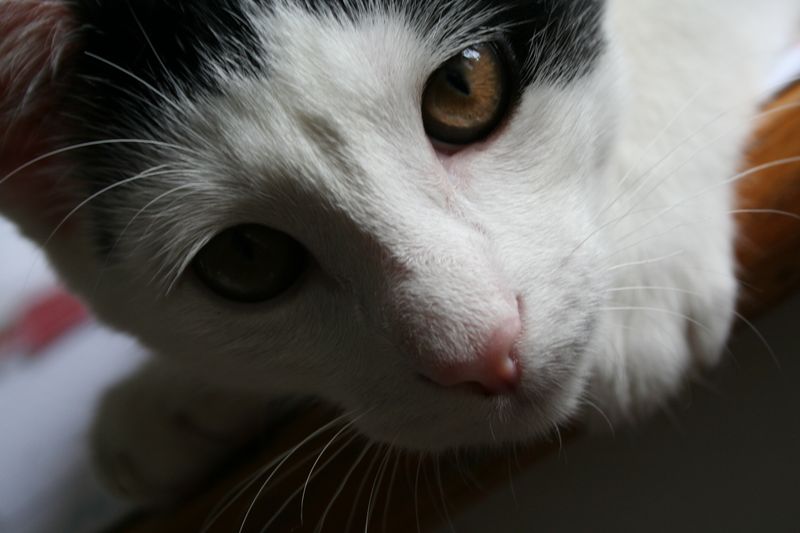